Gear up for the newest mixed residential and commercial development that will be unveiled soon next to Pasir Ris MRT to inject vibrancy and variety to the current retail landscape.

Pasir Ris 8 Integrated Development @ Pasir Ris brought to you by the joint venture of experienced developers Allgreen Properties and Kerry Properties. This joint venture is set to transform the 409,068.4 sqft site – into an integrated community hub comprising a commercial and residential development integrated with a bus interchange, a polyclinic and a town plaza, which will offer seamless connection to public transport services and amenities for residents. The completed development will also serve as a community focal point.

Apart from having retail and amenities at your doorstep, future residents can also stroll down to White Sands Shopping Centre or Elias Mall to enjoy a wide array of dining and shopping choices within minutes. The site being doorstep to Pasir Ris MRT is minutes drive away from Pasir Ris Park, Changi Business Park, Expo, IKEA and Changi Airport.  For drivers, Pasir Ris 8 Integrated Development @ Pasir Ris is also easily accessible via major expressway such as TPE, KPE, ECP and PIE.

Pasir Ris 8 Integrated Development @ Pasir Ris will be integrated with the future Cross Island Line (CRL) to provide a seamless connection to public transportation and amenities for the residents.

Targeted to be completed by 2030, CRL will offer commuters in Pasir Ris an alternative to the existing East-West Line and connect to other major lines to serve as a key transfer line. Besides linking residents to key business areas, the CRL will serve the upcoming smart town Punggol Digital District, which will includes the Singapore Institutute of Technology’s new campus.

HDB announced in April 2017 that some 2000 units of public housing will be built in Pasir Ris which will be integrated with the proposed Central Greenway. There will be dedicated cycling and pedestrian paths to provide direct connection to Pasir Ris interchange and Pasir Ris Park.

Under the ROH programme, there will be upgrades for four existing neighbourhood centres, Pasir Ris West Mall and Elias Mall. The ROH programme aims to improve the last mile connection to public transport and infrastructure through the construction of sheltered pathways from strategic points to provide a seamless connection.

Pasir Ris estate certainly looks exciting with a slew of investments from Government on upgrading the town and construction of Cross Island Line and investments from private sector for new amenities. With such strong public and private investment, the property prices of Pasir Ris will be heavily supported and improve over the next 10 – 15 years. 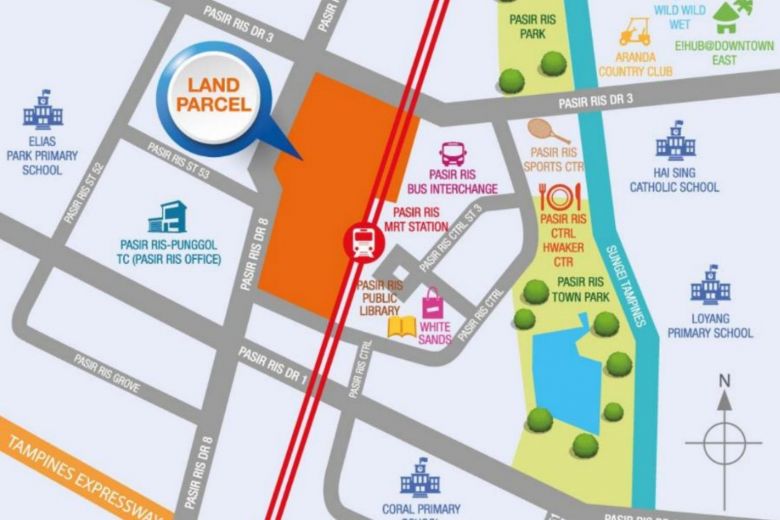